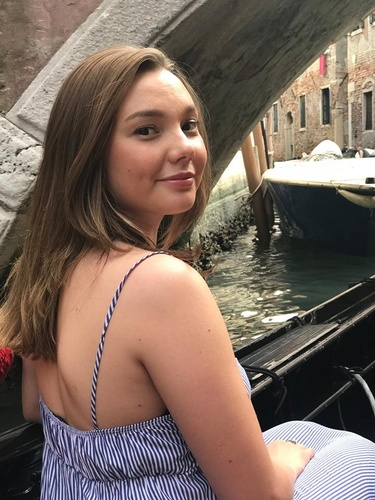 Stefanie Schaffer
Event Description:
Pre-registration has closed.  We will be accepting walk ins this evening at The Paramount Theatre.  We will accept checks and credit cards at the door.

The Paramount Theatre is the location where we will celebrate the Strength & Resilience of the Rutland Region.  Join us on October 24th (5-7pm) for the Chamber's Annual Meeting (Platinum sponsor Cape Air, Gold Sponsors Alderman's Automotive Group and Heritage Family Credit Union) featuring guest speaker Stefanie Schaffer speaking about the many facets of her journey of healing. Stefanie suffered critical injuries including broken bones, internal bleeding and the loss of both legs in a boat explosion in the Bahamas on a family vacation. Stefanie is also an official Ambassador for Gift of Life Marathon to spread the word about why it's important to give blood.  We will also be celebrating all the great things happening in the Rutland Region, why people are choosing to move to our area and take a look at the third year of the Regional Marketing Initiative.  Plus, we will honor the 2019 Business Leader of the Year Donald Billings and 2019 Community Leader of the Year Terry "Jaye" Jarrosak.

Donald Billings, owner of Roots The Restaurant, The Bakery and The Annex in Rutland, Crux Restaurant and Mountain

Merchant in Killington is being honored as Business Leader of the Year, for his investments in the community, his employees and support of area nonprofits including Wonderfeet Kids Museum, Paramount Theatre and many more.  The consistent message in his nominations for this award were that he demands a lot of himself and his businesses, he is a cheerleader for the community;  he will find ways to make things happen, he embodies the entrepreneurial spirit and he must never sleep.  Paul Gallo of Magic Brush Painting stated ? he is a good human being, who always cares about others and their challenges in life?and never forgets his own road to success and the folks who supported him along the way.? Mark Foley Jr says ? I wish there were 5 more Donald Billings in Rutland.?

Terry ?Jaye? Jarrosak, Operations Manager at Catamount Radio is being honored as Community Leader of the Year for his tireless commitment to the community.  Terry has gone to great lengths to support local nonprofits, image-building of the community, public safety and economic prosperity.  Terry?s impact on the community goes far beyond his presence behind the microphone.  Terry has been instrumental in the Gift of Life Marathon, including the 2013 marathon which broke the national one day record with 2,350 pint of blood donated.  Terry has had an impact on many community organizations including:  United Way, Paramount Theatre, VNA & Hospice of the Southwest Region, Rutland County Parent Child Center, local colleges and schools to name a few.  Traci Moore, Director of Rutland Health Foundation says ?Terry makes working hard fun, and when Terry is involved, I don?t think anyone realizes how hard they are working?, she continues ?There has never been a task or a challenge too big for Terry to tackle, or help others achieve.  Terry leads by example with his tireless efforts to promote Rutland, our needs, challenges and our successes.  His good humor, honesty and integrity are his trademarks.?

There will also be great food catered by Roots, a cash bar, great networking and great company!

The cost to attend the Annual Meeting is $25 per person.
Platinum Sponsor: