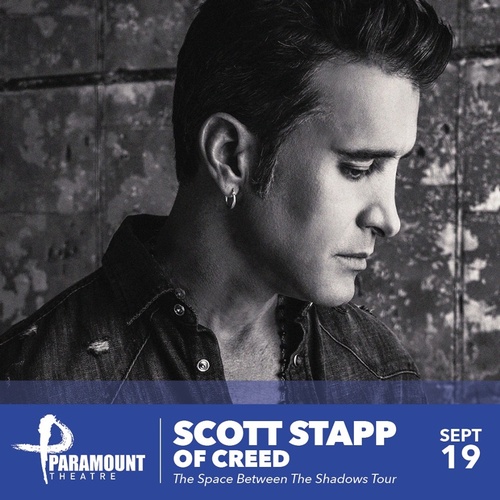 Event Description:
THE SPACE BETWEEN THE SHADOWS TOUR Scott Stapp’s black and white worldview has shifted after five years of focus and introspection. The Grammy-winning front-man and songwriter is now set to return with his 3rd solo album to explore THE SPACE BETWEEN THE SHADOWS, set for July 2019 release on Napalm Records. As is to be expected, The Space Between the Shadows is Scott’s manifesto of lessons learned in the six years since his last release, yet listeners will find their own solace, hear their own frustrations, feel hope, revelations, victories and losses. The album’s first single, “Purpose For Pain,” is an apt opener with a universal message of finding meaning during life’s darker days. Scott Stapp’s fighting spirit is well documented – he fled his childhood home as a teen, supported himself, and formed a band that reached the heights of musical success. Creed burst into popular consciousness in 1997. The band became a chart-topping phenomenon that sold over 50 million albums worldwide, broke airplay records, sold out arenas across Northern America, and earned a Grammy Award for smash hit, “With Arms Wide Open.” As Rolling Stone wrote, Stapp is “a singer with an enormous emotional range and a composer of startling originality.” As a solo artist, Scott had even more wins – two albums, PROOF OF LIFE (2013), which featured his first solo Billboard #1 with “Slow Suicide,” and THE GREAT DIVIDE (2005), all while battling issues that threatened his health and put his relationships in jeopardy. As someone who has received the help of others in overcoming his own dark shadows, Scott Stapp pays it forward through his own With Arms Wide Open Foundation, which helps military vets and their families with issues of drug addiction, PTSD-triggered mental health issues and suicide prevention. His efforts were applauded in 2017 when the Florida Association of Broadcasters gave him the Florida Service Award and in 2018 he was inducted into the Florida Music Hall of Fame.
Location:
The Paramount Theatre, 30 Center St., Rutland, VT  05701
Date/Time Information:
September 19, 2019, 8-10pm
Contact Information:
The Paramount Theatre, (802) 775-0903
Send an Email
Fees/Admission:
$40 per person.  Click here for tickets.
Set a Reminder:
Business Directory Events Calendar Perks Deal Weather Join The Chamber 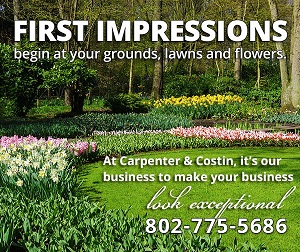